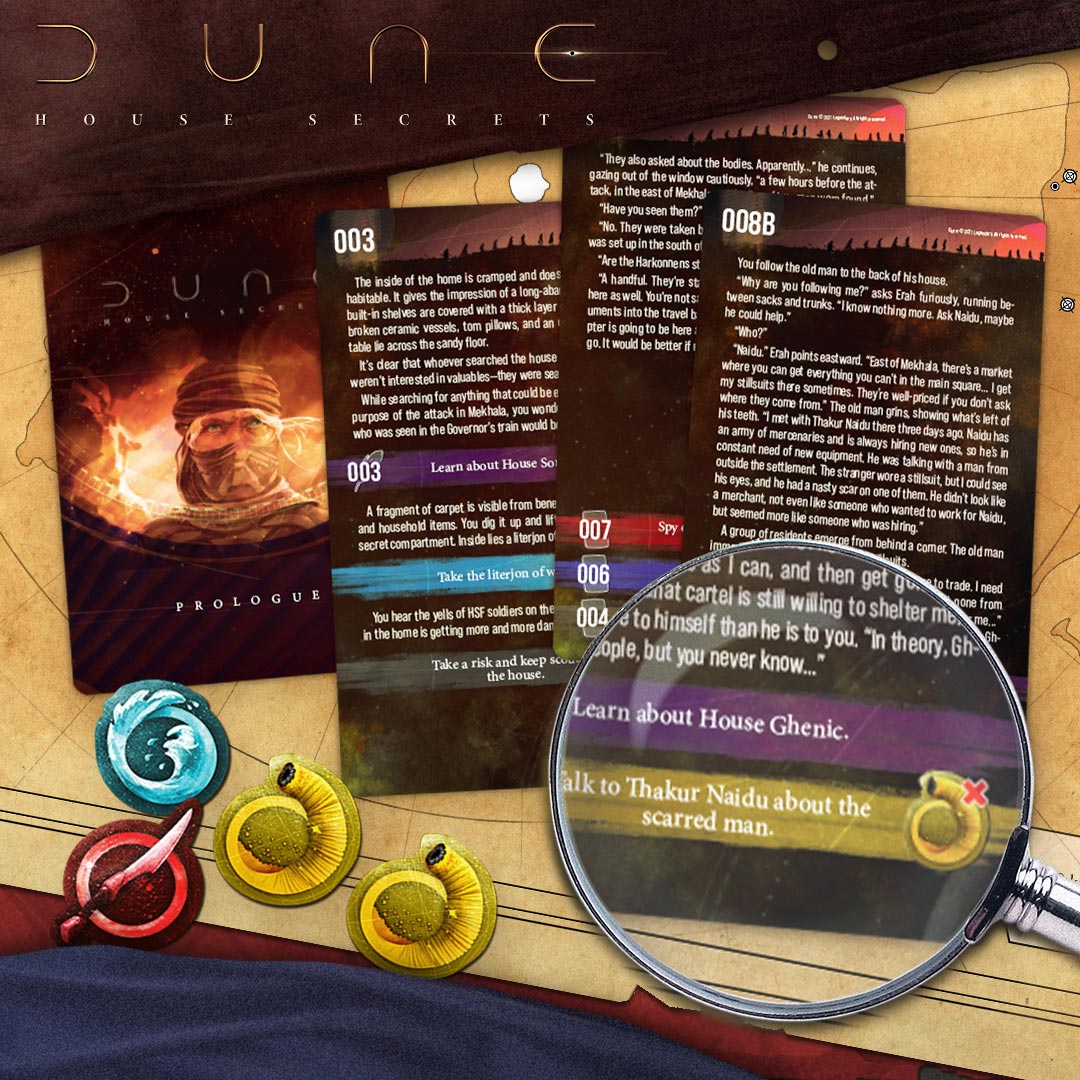 Dune: House Secrets is an adventure game that takes place on Arrakis. It’s set during the events described in the novel and allows players to play a small part in Dune's history.

The game is inspired by the award-winning Detective: A Modern Crime Board Game. It’s a card-driven game in which players have three unique Chapters to complete. Each Chapter is a series of Encounters represented by cards that, based on the player's choices, shape the game’s story, just like in RPGs.

Each card in the game represents one Encounter. It might be spying on somebody, talking to merchants, breaking into a mysterious warehouse, or following a spice transport. Each Encounter pushes the story forward, reveals new choices, and gives access to new Encounters. Players will gain new allies, new enemies, and with each card, they will learn more about the story.

To resolve Encounters, players may need to spend their Resources: Water, Spice, and others. Sometimes they use them to bribe a guard, but they could also use them to fight their way through. To add to the theme of the game, Resources are limited, just like in the merciless desert of Arrakis. Players start the game with a Pool of Resources, and the supply doesn’t replenish unless they gain Experience Points (XP) at the end of the mission and spend them on training. In Dune: House Secrets, you not only pursue leads to reveal the story, but also manage your Resources to survive another Chapter on the planet. If you spend too many of your Resources, or if you don’t gain enough XP for training, your adventure may end sooner than expected.

Welcome to Arrakis. Are you ready for an adventure?

Check out tomorrow’s update and see what bonus we’ll be adding to your copy of the game!