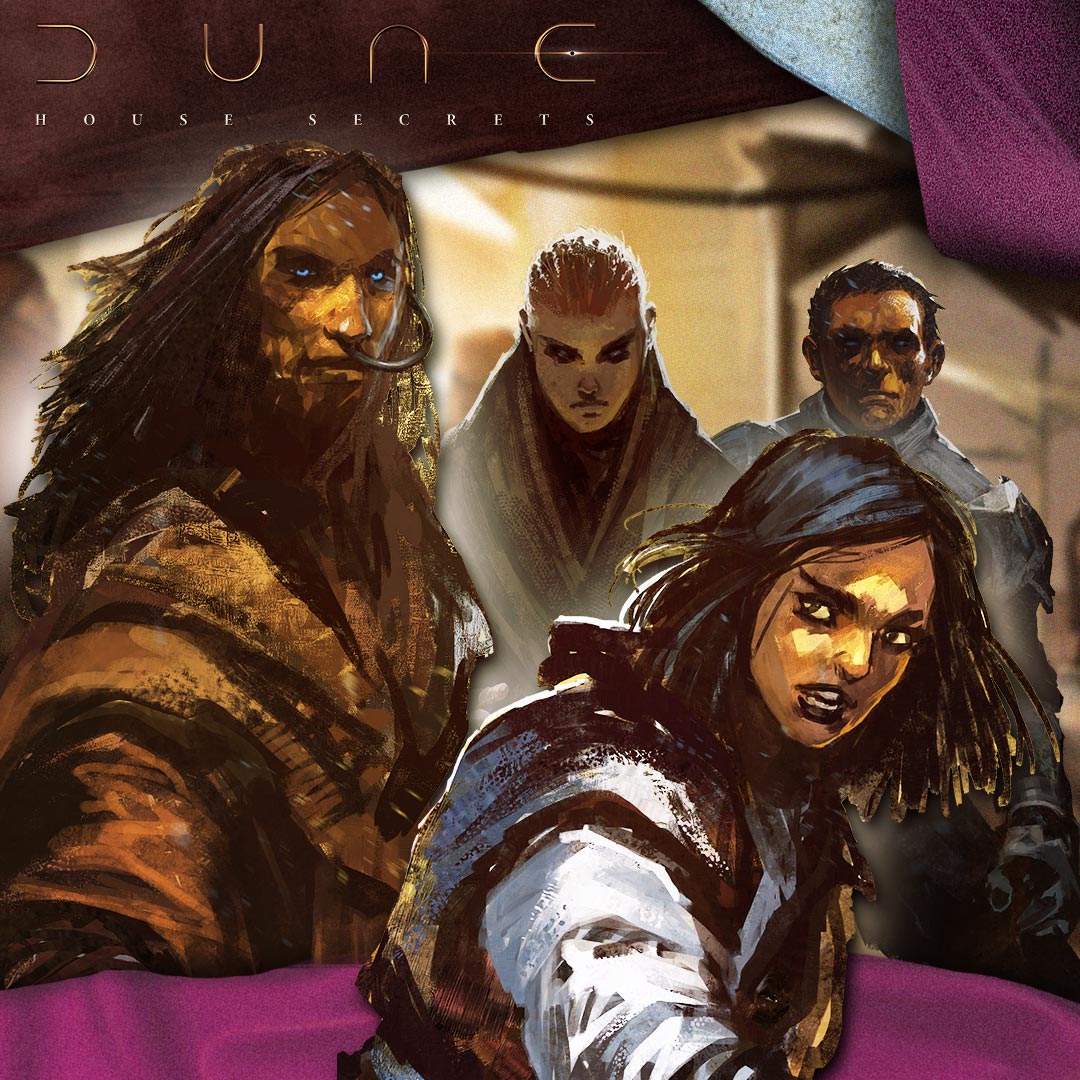 Life of a rebel

House Secrets is an adventure game that takes place on Arrakis. It thrusts players into the midst of conflict between two great houses, and allows players to play a small part in Dune's history.

Dune: House Secrets is inspired by the award-winning Detective: A Modern Crime Board Game, but unlike its predecessor, it’s an adventure game. Players are not playing as investigators, detectives, or cops—they are rebels, part of the resistance forces fighting against House Harkonnen.

This brand new angle gives a fresh, unique turn to the gameplay. Players won’t have access to files and FBI databases. They won’t be allowed to visit crime scenes or question suspects. The whole game changes into an exciting adventure, where stealth, bribery, and sometimes brute force are the only tools available. It’s reminiscent of a good old-school RPG where a small team of heroes must complete a quest. Players eavesdrop on guards and soldiers, sneak behind their backs, and spend Resources like Water or Spice to get to places normally unavailable to them. Some of the Encounters resemble classic video games like Thief or Dishonored rather than modern crime shows. In some missions players must commit the crime rather than find out who did it.

Do you have the strength to oppose House Harkonnen? Are you ready to join the resistance? Welcome to Arrakis, rebel.