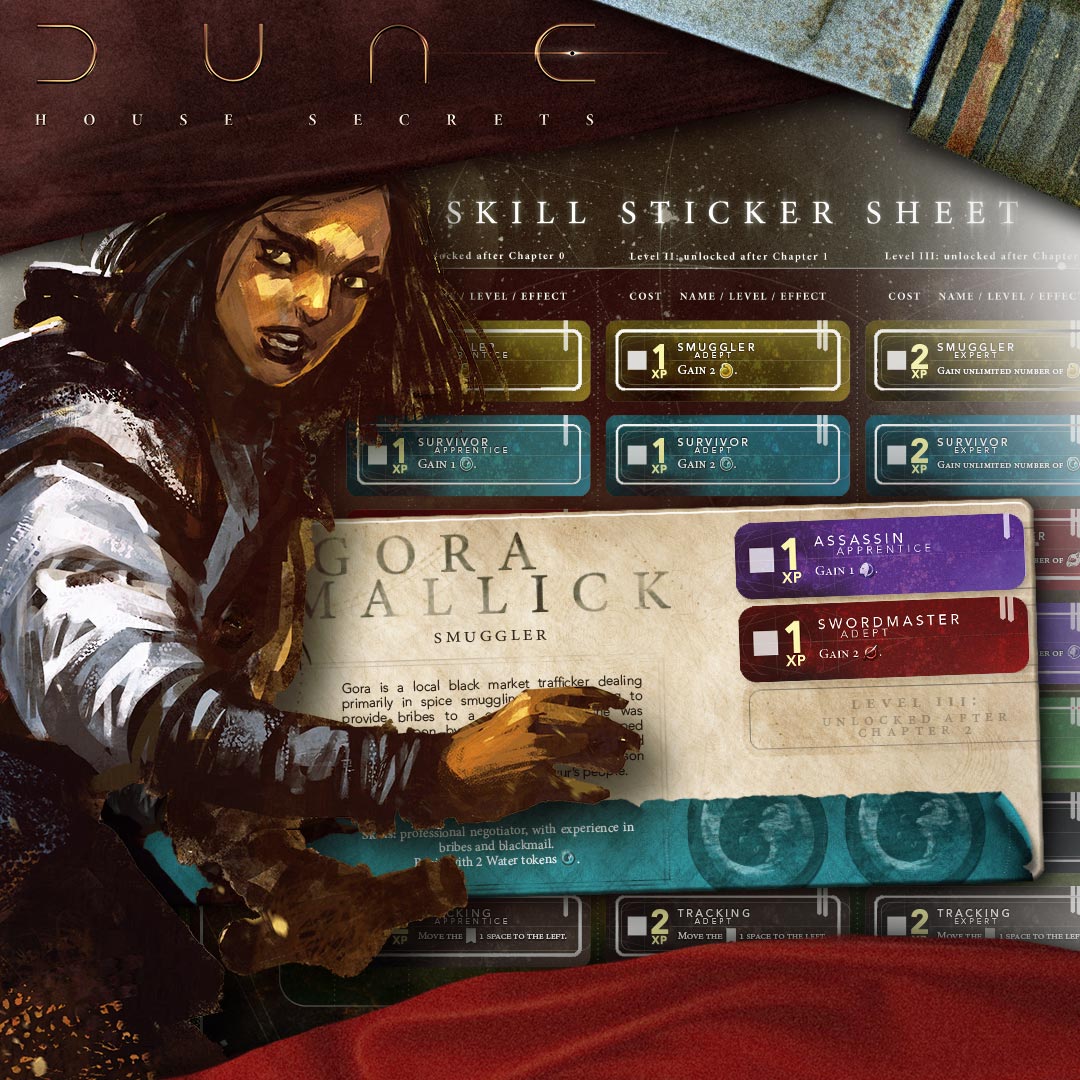 Structure of the game and Character development

Dune: House Secrets is a story-driven campaign game that takes place on Arrakis. Players take the role of rebels in the resistance forces against House Harkonnen.
The game comes with a Prologue and three main Chapters. They are all connected and form one plotline that takes place over a few weeks in Tel Gezer. Besides this immersive plot, the campaign aspect of the game also influences the gameplay mechanisms as well in the form of Experience Points and a Final Report. Today we’d like to discuss these aspects.
After each Chapter (including the Prologue), players log in to the dedicated website and choose a path for the story to develop. It’s called the Final Report and it represents players coming back to their hideout in the desert and reporting to the resistance commanders about the events in Tel Gezer. Players are then asked questions about what the resistance should do next. Depending on their answer, players will influence the story and also gain some new pieces of information or even Resources. The story then continues in the next Chapter.
The other campaign aspect of the game is represented by the Experience Points. At the end  of the Chapter, depending on the location of the Consequence token on the Consequence track, players receive Experience Points (XP) as a team. They cooperatively decide which  character spends them and undergoes training. That character receives an ability in the form of a sticker that is added to their player board. Abilities add new resources to the pool and — on a higher level — allow players to manipulate tokens and exchange them.
As explained in one of the previous articles, Dune: House Secrets is not only an engaging story to discover, but also a challenging game in which managing Resources and the development of Characters might affect the final result of the campaign.